What I Wore When I Was Inspired By Jackie O.

When you think iconic style, you think Audrey Hepburn, Coco Chanel, Jackie Kennedy and Jackie Onassis. Yes, I realize both Jackies are technically the same person, but stylistically, they are two different women who lived two very different lives. Both are classic and iconic, but they wore different things because were different women.

Jackie Kennedy was the first lady of the United States. She wore skirt suits and pill box hats with white gloves and tiny purses. She represented our country, immaculate style, and a picture-perfect, all-American family and ideal.

Jackie Onassis was a survivor. She survived a degrading marriage in the public eye. She survived the assassination of her husband, both physically and emotionally, and what that did to her personally, to their children, to the family, and to our nation. She survived the upheaval of her life immediately after that tragic event when they had to move out of the White House, their home, right when they had lost President Kennedy.

Jackie Kennedy had a very feminine, sweet, docile look to her style, and while I think it is absolutely beautiful, it’s not a style I identify with. Jackie Onassis was harder, world-wise, and tougher, and it showed in her style through more masculine, steam-lined, but still completely classic looks.

Jackie K. wore light pastels. Jackie O. wore a lot of black and white with some bold red thrown in.

Jackie K. smiled and waved at the cameras. Jackie O. fought for her privacy, right down to covering half her face in her iconic enormous sunglasses.

Jackie K. wore pumps as she stood by her man. Jackie O. wore boots, flats, and loafers so she could walk the streets of New York living her own life.

And they both wore pearls.

This week I took looks from Jackie Onassis and wore them my way, which wasn’t that different from her way. She had a uniform, and that made it hard to come up with 7 different outfits that would be different enough to represent a full spectrum of outfits for you. I love her uniform because it’s my uniform. Bootcut or wide-leg trousers, button ups, turtlenecks, tees, stripes, loafers, flats, sandals. Add a statement necklace (or not) and some big sunglasses and you are set.

Jackie is wearing all black, which is probably my favorite color palette of all time. Instead of wearing a strand of pearls, I chose this black top with white piping, and a delicate necklace that wouldn’t fight with the lines. We can’t see Jackie’s shoes, but since she’s walking the streets of New York, I’m guessing it’s flats or loafers. I went with flats today. A button up and trousers were staples in her wardrobe. A button up and bootcut jeans are staples in mine.

Jackie is mixing up her uniform by wearing navy and white, and adding a patterned blouse. I stuck to blue and white as well with my patterned button up, and dark wash jeans instead of trousers. I chose moccasins for sensible footwear as Jackie and I walk endlessly through our busy lives.

So apparently Jackie got my Stunning Style Spring Wardrobe Guide because this is a bonus outfit from it! Crisp navy and white paired with silver just screams spring! She was barefoot on the island of Capri, and I was stepping through rain puddles on a chilly day, so I opted for wedges to keep my feet above the wet ground, and this amazing anorak jacket to keep my hair dry.

I have been searching 2 years for the perfect navy jacket, and I love this one because it’s super saturated navy, the hardware IS ALREADY SILVER (no painting required), it’s a little shiny, water repellent, has a hood that can be tucked away, and I just love it. It is exactly what I was looking for. In my opinion it runs a size big.

Jackie in a black trench coat (and it appears to be leather!!), a black turtleneck, and then I had to guess from the waist down, but I went with dark wash destroyed jeans, and black patent loafers. She probably had on black trousers, but that would be too much bulk for me with a trench coat this long. I need something tailored on bottom if I’m wearing more bulk on top, and vice versa.

When I die, I want to be buried in this trench coat. Leather sleeves and collar, zipper details, single breasted. It’s the only jacket that I love more than the navy one I just got. It’s perfectly classic for me, and it will always be in style FOR ME.

I combined the looks from two pictures. I’m not sure I can pull off the head scarf the way she always did, but I wore the green sweater with a navy and white scarf (one of the keepers from my winter closet purge series), and since I don’t wear camel or khaki, I went with a navy coat. I imagine Jackie wore flats, or moccasins like these, but not my distressed jeans.

Since navy, white, Kelly green and bold pink are colors from the Stunning Style Spring Wardrobe Guide, I wore my pink purse to bring a little color on a snowy day (yes, that’s real snow flitting through the pictures).

If Jackie wears red pants, then they are classic. This is another outfit from the Stunning Style Spring Wardrobe Guide, #91. Jackie has on a brown leather belt and sandals, but I chose silver accessories and a red belt that is the same color as my pants because I need the support to keep them up (these are not Express jeans, and do not fit me perfectly), but not extra details in my outfit.

Links to all the items in this outfit are available in the Stunning Style Spring Wardrobe Guide.

When your style is so classic, that what you wore in the 70s works perfectly in 2018, you are the very definition of timeless.

Who is your style icon? Who do you consider to be classic? Whose timeless style do you admire?

This post may contain affiliate links, which means if you purchase through my links I get a small commission, but it doesn’t cost you anything extra.

more resources for your style journey

WHat is your classic style twist?

get ready in 20 minutes every day!

you can be comfortable when dressed for the day!

you can get ready with kids, job, housework and pets!

you can get ready in 20 minutes!

how to get a cheap mani and pedi

see all articles and videos! 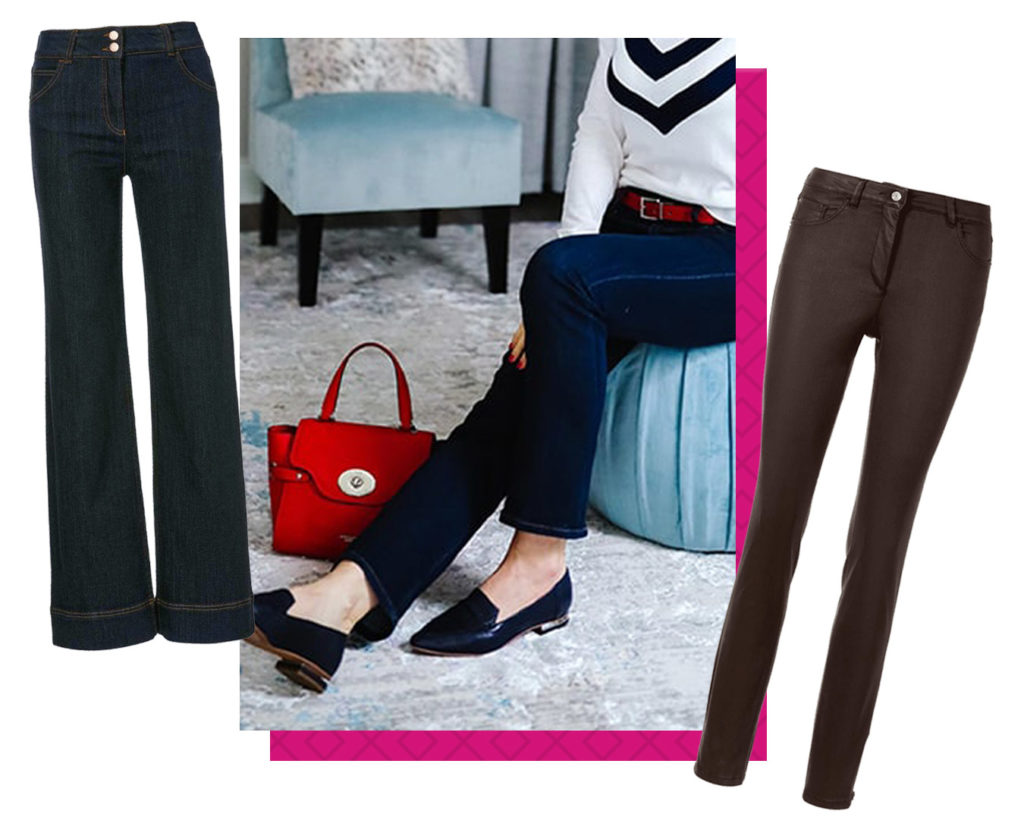 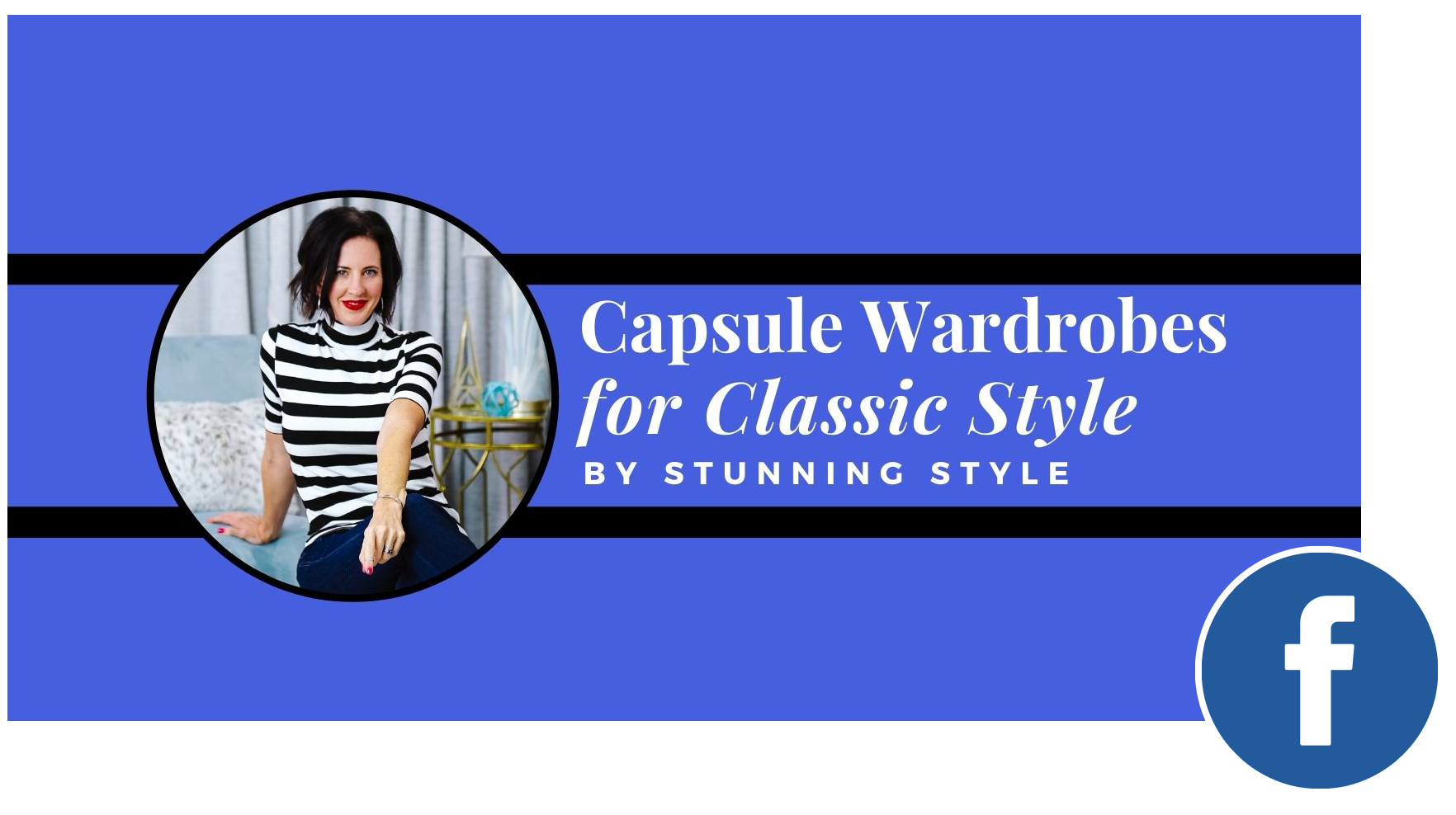 Uncategorized
Save & Accept
Scroll to Top